Pilot Retirement Pension: Everything You Need to Know

Pilots are renowned for their good retirement benefits, but few people actually understand how this works, or how the industry standard is changing. This article will answer your questions about the airline industry, their pension plans, and retiring as a pilot.

What type of pension do pilots receive?

Most airlines will contribute to a pension on your behalf by sacrificing some of your monthly paychecks, and then adding contributions for you. However, due to the good salaries that pilots can earn, most pilots would also have a private pension which they would pay into, particularly towards the end of their career.

Does this differ between airlines?

Yes, absolutely. There are minor changes in the level of pension contributions and details between major airlines. However, as they are all competing for the best pilots, they are all roughly the same. For example, if you were to take the pension package for American Airlines, it’s unlikely to be wildly different to another airline of similar standing.

Do all pilots get the same pension?

The volume of funds that a pilot receives from their pilot retirement pension depends on a few different things. The exact factors to gain higher pension payments may vary between airlines somewhat, but in general, in the airline industry, the retirement benefits depend on how long you have worked for an airline, and what your final average earnings were. For example, a senior captain would receive a higher pension than most airline pilots as the pilot’s pay would be higher as a captain than if they were a more junior pilot. While age does not strictly tend to come into this, an older pilot is also more likely to have worked at an airline for a longer time and, therefore, receive a higher pension, even if they have not necessarily progressed in their career.

What is a pension?

A pension is a way for an individual to support themselves after they retire. This can take several different forms but in general, financial advisors recommend having a pension that will pay at least 80% of your annual pay each year.

What are the different types of pension?

What are pension investment funds?

Pension investment funds are a way for people to put aside for retirement and, potentially, grow the money that they have. While not guaranteed like some pension schemes, pension funds are a type of investment and so provide the opportunity to grow the pensioner’s money.

Why is it important to have a pension?

Pensions are important as they offer a way for an individual to support themself after they retire. It means that people can enjoy their ‘twilight’ years and even find a new lease of life, without having to worry about funding their lifestyle, or continuing to work as it becomes more and more difficult for them.

How much money should I put in my pension?

Financial experts recommend aiming for an annual return of approximately 80% of your final income from your pension after you retire, although there are certain other considerations such as the ize of the mortgage you still have to pay, whether or not you have any dependents and what other income you will have. A lot of people with smaller pension funds who own their own home choose to downsize to something smaller and more manageable as they find they need less space, which can liquidate a portion of their assets and increase their available finance, while cutting down on bills and other associated expenses.

If you can afford to, it is a good idea to maximise your pension contribution, to deal with the potential for rising costs of living after you retire. This may involve finding some ways to cut back on your outgoings, such as looking for cheaper providers for electricity or gas, cutting back on your grocery bill, or setting a weekly budget.

Should I have multiple pensions?

Whether or not it is a good idea to have multiple pensions depends on the situation you are in. The biggest advantage to combining all of your pensions in one place is the ease of managing your money. It is not unheard of for people to lose track of pensions – especially ones set up by an employer that they no longer work for. Often these pensions go unclaimed, costing the pensioners money they cannot afford to lose.

In the case of pilots, you might have worked with a number of major airlines over the course of your career. In this case, it may be worth consolidating them into one pension before you make any detailed retirement plans.

That said, there are definitely some things to look out for before you consolidate your pensions. In certain cases, combining your pensions can be a bad idea.

First off, you should check the terms and conditions of the pension scheme in question. Some pension plans have high exit fees, which could end up costing you a lot of money.

Secondly, a small number of older pensions may have some pension obligations such as a guaranteed annuity rate, which you would lose if you moved these pensions into another pension fund.

Thirdly, moving cash from a Roth to a traditional pension fund can cause a lot of tax complications, and it’s possible you could end up paying tax on the amount twice, or find yourself owing tax unexpectedly if the transfer is the other way. You should always talk to a qualified professional before seeking to combine different types of pensions.

Beyond this, a lot of people choose to have a private pension as well as an occupational one.

Can I cash out my pension early?

The answer to this question is likely to be highly dependent on the specific pension product you are using to hold your pension funds. In many cases, particularly with private pensions, you would be able to use the funds early if you wanted. However, for your pilot employer pension, this is likely to not be the case.

Do I want to have a Traditional or a Roth pension?

Traditional pensions and Roth pensions both have their advantages. They mainly differ in when you pay tax on this money.

Traditional pension contributions are tax-deductible, meaning that the amount you pay into your pension is deducted from your income before your tax is calculated. This can be useful, especially if you are near the lower end of a tax bracket. However, this will mean you are taxed on it when you withdraw the money.

With a Roth-style pension, payments are not deducted from your income before tax is calculated, but you also are not taxed on withdrawals. This means you can maximise the amount you can receive from your pension.

Which of these is best for you will depend on your specific situation. If you are close to a lower tax-bracket then a traditional pension will definitely suit you more, whereas if a Roth pension is not going to drastically change the amount of tax you pay, then this option could suit you more as you will not have to worry about paying tax when you are no longer earning.

Can my spouse benefit from my pension?

Although there is not the option for a joint pension account in the United States, it is possible for your spouse to benefit from your pension in several ways.

First, you can name your spouse as a beneficiary of your pension. This means that if you die, they will receive the money from your pension instead.

While a defined benefit pension plan is undoubtedly the best way for a company to look after its employees, and can certainly help attract talent, companies do not tend to offer this unless they have to, as it can land them in severe financial trouble, thanks to certain tax-evasion laws in the United States.

Having a healthy pension fund means a company can look after its employees, pay the agreed benefits with ease and not run into any financial dilemmas. However, as these contributions tend to be tax-deductible, if their pension fund is too big, they could be seen as trying to avoid paying tax, instead of looking after their employees. This prevents a company from planning more than a few years in the future and, if there is an unexpected crash in the stock market, could leave them unable to meet their pension obligations, leading to many new problems for them and even potential bankruptcy.

This means that companies with a defined benefit plan have to walk a very thin line between being able to pay the benefits they have agreed upon with their employees and drawing the ire of the IRS. This is a large risk to companies and as such, they generally try to avoid this by offering defined contribution retirement plans instead.

So why do pilots get defined benefits?

Given the dislike companies have for defined benefit plans, and the trouble they can cause a company, it may seem as if no company would offer this to its employees, but pilots are well-known for it, although it is becoming somewhat less common. This is because airline pilots have a union that negotiates pension benefits on their behalf.

There are many factors that play into the detail of the pension plan you’re likely to receive. However, as a rule, pilots do tend to have a better retirement plan than most, as well as a relatively low average retirement age. If the retirement plan element is a significant factor for you in choosing a line of work, then becoming a pilot would be a very good option. 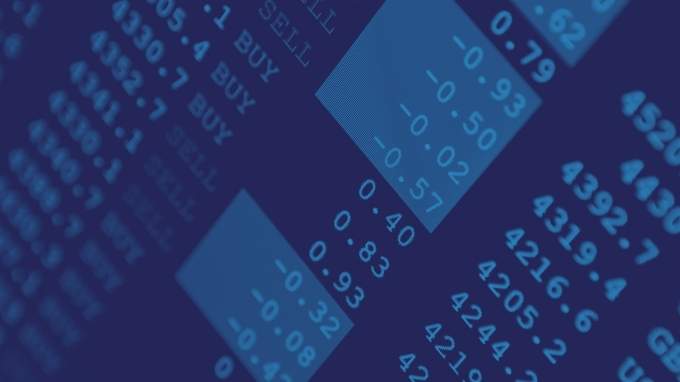 How long does it take for shares to sell? 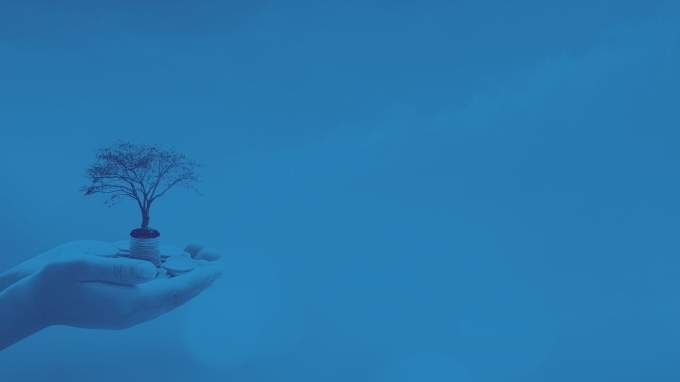 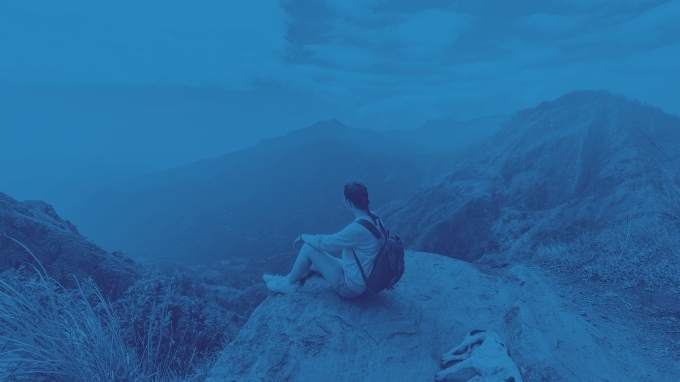 How to Afford a Gap Year – A Complete Guide

With your school days behind you, your parents may start nagging you to ‘find a proper job’. But… 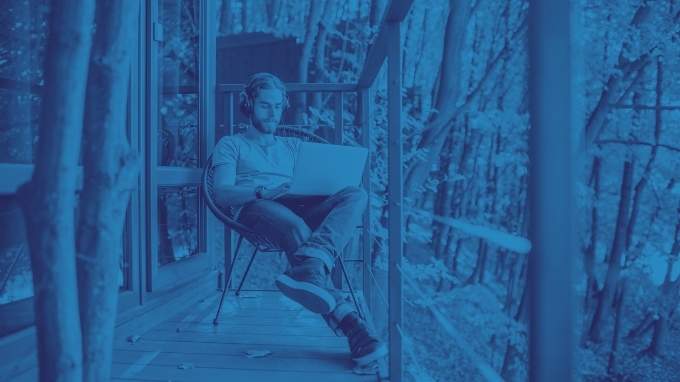 What are the Best Side Hustles for Introverts?

If the thought of doing a job that requires face-to-face human interaction feels you with dread, you’re not… 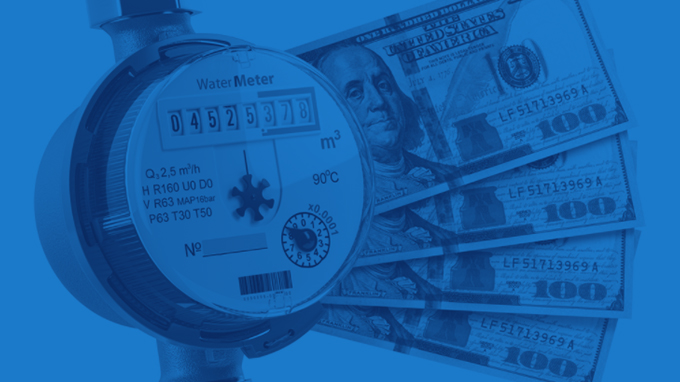 How To Save Money On Water Bill

If your utility bills are overwhelming you, you may be searching for methods to reduce your monthly expenses.…